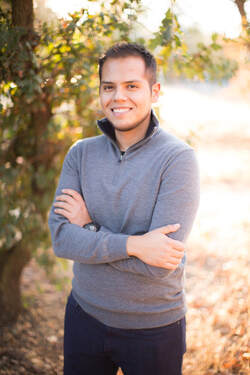 Rogelio Garibay is the Director of Instrumental Music at James Enochs High School in Modesto, CA.

Rogelio Garibay received his Bachelor of Music (Education and Performance) from CSU Stanislaus in 2012. As a performer at CSU Stanislaus, Rogelio was member of the Wind Ensemble, Jazz Band, Tuba Quartet. During the Summer months he served as lead counselor for Summer Music at Stanislaus and camp counselor at Hayward La Honda Summer Music Camp. Rogelio also served as Assistant Conductor for the Modesto Symphony Youth Orchestra's Wind Ensemble (2012-2013).

Rogelio likes to involve himself in local music and performing arts advocacy groups, such as CVGPC (Secretary) and CCYWE (Central California Youth Wind Ensemble) to ensure that young musicians and performers have a place in which they can sharpen their skills and  share their talents with a wider audience. He hopes to continue creating safe and inclusive settings in which his students feel comfortable to learn about music and performing arts while also empowering them to make good choices for their future.